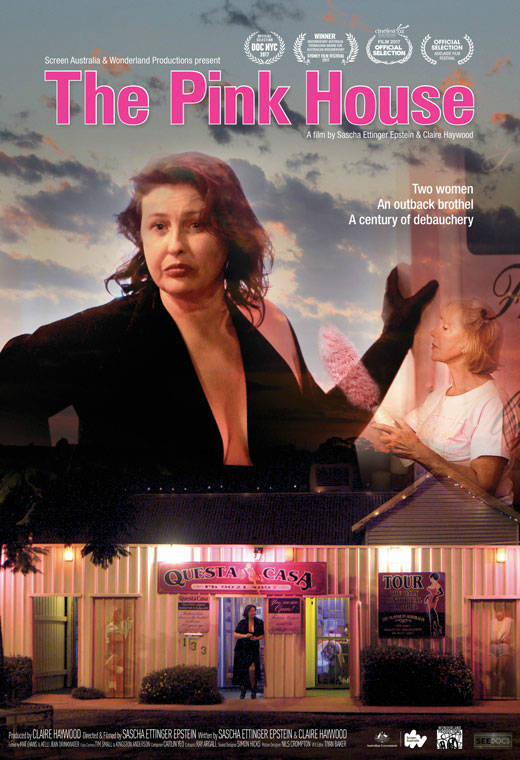 THE PINK HOUSE tells the story of Kalgoorlie's last original goldrush brothel through the eyes of the colourful Madam Carmel, 80, and her longest-­‐serving lady of the night, BJ. Although prostitution is technically illegal in Western Australia, the pink house with its infamous ‘starting stalls’ has been servicing the miners of this remote frontier town since 1904. But with the advent of fly-­‐in-­‐fly-­‐out mining, and a deluge of cheap internet escorts spreading into the suburbs, the historic icon is facing tough times. Filmed over several years and with unprecedented access to the inner workings of this unique brothel, THE PINK HOUSE is an intimate portrait of two women bound together by the past and their precarious future. And when darker forces begin to exert pressure, their fragile relationship is tested to its limits. Premiered at the Sydney Film Festival 2017. Winner Documentary Australia Foundation Award.