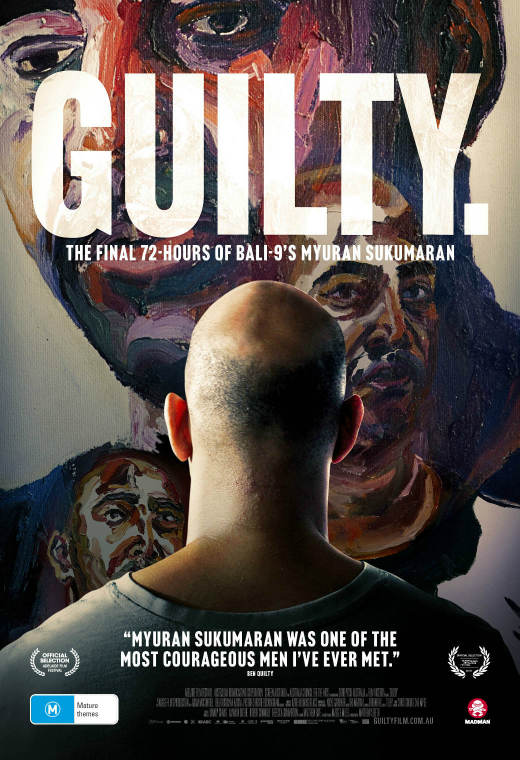 The final 72-hours in the life of Myuran Sukumaran, the Bali-9 convicted criminal who became an accomplished artist while in prison under the tutorship of artist Ben Quilty. Myuran was executed by Indonesian firing squad on Nusakambangan Island, 29 April 2015 alongside fellow Australian Andrew Chan. Dramatic and archival material takes us into the final three days of Myuran Sukumaran’s life, as he farewells his family and creates his final paintings. <br /> <br />   GUILTY will be screened all around Australia on World Day Against The Death Penalty - 10th October 2018. Our national screenings on this day will send a message to the countries of the United Nations in the lead up to a resolution on a moratorium on the death penalty led by Australia’s Department of Foreign Affairs and Trade.   The outcry of public opposition to the death penalty was stated loud and clear in the campaign to try and save Myuran Sukumaran and Andrew Chan. At the time of this important work in the United Nations our Campaign Partners: Reprieve, Amnesty, Human Rights Watch, Bayside Church, Liberty Victoria, Human Rights Law Centre, DFAT, Good Pitch funders and others are joining together to reiterate the Australian community’s opposition to the death penalty.    Add your voice by attending a screening of GUILTY on 10th October 2018.   10% of all box office revenue to the production will be donated to Reprieve Australia.