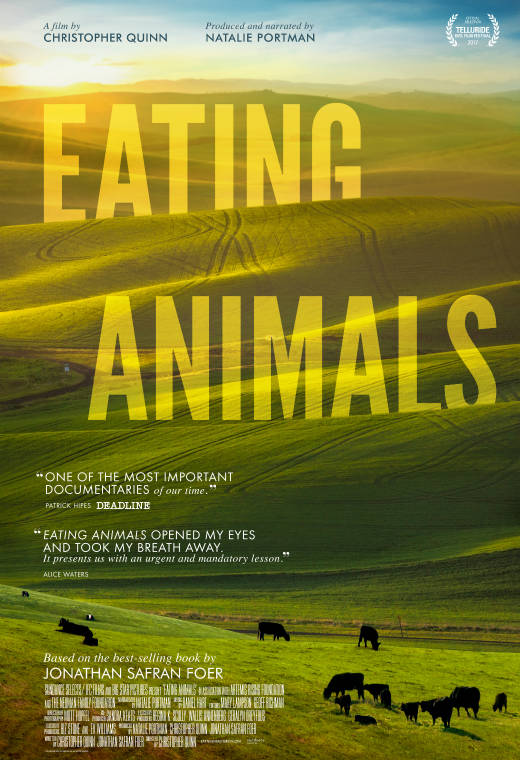 Directed and produced by Christopher Quinn (Sundance award winner God Grew Tired of Us ), Eating Animals tells the story of the beginning of the end of factory farming. Produced with Academy Award winner Natalie Portman and Jonathan Safran Foer, the film is the feature - length adaptation of Foer’s critically acclaimed book of the same name that starts out with a simple question — where do our eggs, dairy and meat come from? Through the intimate narratives of several farmers dedicated to bringing their trade – and the way we eat – back to its roots, the film explores the notion of stepping away from the practices of the past 40 years that have polluted our environment, endangered our health, and caused us all to be complicit in the inhumane treatment of animals. Looking at the costs we’ve incurred as our country has become dominated by massive industrial complexes designed to feed the masses, Eating Animals paints a picture of a future where traditional farming is no longer a distant memory, but is instead the only way forward. Eating Animals is executive produced by the founders of Twitter, Evan Williams and Biz Stone.